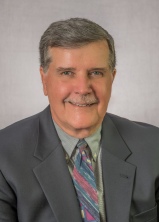 Bob Maher, CMF, has been in the career services field since 1980, mostly as an “independent” since 1983.    His academic and corporate experience lends itself to dealing most effectively with all levels of management, including executive, sales, and technical professionals representing a wide range of industries.  He has provided services or spoken to audiences in most major metropolitan areas (and all 48 continental states) of the United States, and several in Canada and the UK.   He has served a very broad-based and diverse clientele over the years with a solid reputation for effective, highly interactive group facilitation, 1:1 coaching, and professional consultation at all levels, including executive.

Bob served as Vice President  of Career Continuation for OPTÎMANCE during the implementation of a large scope, three year OP (outplacement) project… largest ever undertaken by a non-national firm.  Earlier, as their Senior Consultant, he was instrumental in starting up the Dallas Office of Lee Hecht Harrison, an international OP firm.

Bob is quite focused on TECHNOLOGY APPLICATIONS, as a resource in both career transition and electronic recruitment services…often assisting those he serves with their personal development of technical skills.

He served as technical (job search tactics) advisor for JobSerf and currently serves on their Board.  Bob was on the Founding Council of what is now the Association of Career Professionals International (ACPI) .   He received the ACPI’s prestigious Lifetime Achievement Award in 2006 for “…setting a direction for professional standards and a focus on technology.”

He was a key contributor to the ACPI  Professional Development  Committee that spawned the Institute of Career Certification-International (ICCI), the only independent and international certifying body for career professionals.  Bob remains active as a Career  Management Fellow (CMF) and regularly reviews the portfolios of incoming Certificants.